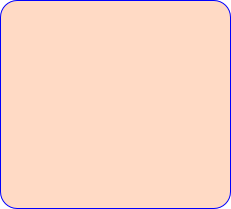 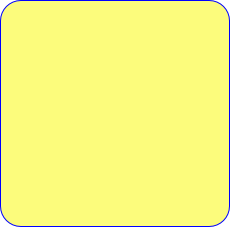 39. So one must be careful about regarding man as the bee's knee. Yahuw'ah was not pleased with Adam as He would have been if created like Himself without a foreskin or prepuce.

Of course, this was already factored in when the predetermined visuals were prepared. Here the bully God insisted that Adam be created intact so He/They could work Their mischief.

40. Yet no intact man can ever be righteous until he is circumcised, although Abram's faith was reckoned to him as righteousness when he first believed (Gen. 15:6). Later on, as is the case with 'imrah and dabar, he had his foreskin removed and was then able to realise the true nature of righteousness.

That delay involved a steep learning curve which showed how being intact may lead to regrettable decisions with unforeseen consequences from his perspective. Having a foreskin is, in fact, the original sin, for from it man is easily persuaded to make wrong decisions and unwelcome in Heaven..

Now Yahuw'ah of Eluhiym not only breathed life into Adam (Gen. 2:7), but also Chav-vah. Both became living souls. This cannot be over-emphasised. Nephesh chayah is the living soul which has been created. The life breath (nishmath chayyim) of Yahuw'ah merely brought their souls to life.

That the organs of the body are alive is the result of the soul being breathed alive, since it consists of organ energy structures with matter and anti-matter circuits as well as energy computers to run them.

When switched on, atoms and molecules from the immediate environment are attracted to them to form the material organs. So Adam and Chav-vah were created in the ground, as the FIMIOLs and Hebrew text clearly illustrate.

At death the soul is not deceased. It can never cease to exist. The anti-matter circuits have simply overpowered the matter circuitry bringing about the dysfunction and breakdown of its organs.

Freed from the weight of the material body, the still living soul may stay around for a while or move on to the temporary heaven experienced in the light at the end of the tunnel or else into deep darkness (the Dark Pit), from where it is called for final judgement and sentencing. These occur every three days.

Those going to eternal life usually avoid the reported light at the end of the tunnel, since they go to a higher dimension.

41. Now Yahuw'ah's role in the soul does not end here. The remarks of Chav-vah in 4:1 with the birth of Cain are highly significant. “I have gotten a man with Yahuw'ah.”

Every human being is created by Yahuw'ah. His presence in the sexual act is necessary to guide the sperm into the ovum. It is He who makes the man and woman one flesh. And without the binary aspect of male and female nothing can happen.

The soul's structure forms at conception, generated by nuclear and chromosomal DNA with the Creator’s presence continuing throughout its development in vitro. Should the infant be delivered alive, it sustains that life until the anti-matter circuits overpower the organ structures.

It is a another misconception that souls come from some heavenly repository to where they later return. By far the majority of souls fail to receive the heavenly reward due to all manner of reasons. Furthermore there is no birth-life-death-rebirth cycle, also known as reincaration or the transmigration of souls, unless one has a great imagination.

The Kingdom of The Heavens

So not only must all technological innovations be complete before the final day, but knowledge of the secrets of Creation spread world wide. And that is yet to start. These secrets belong to the Kingdom of Eluhiym or “the heavens”, not heaven.

Ή βασιλεϊα τών ούρανών (he basileia ton ouranon) is a technical term used by Mattithyah (Matthew) for the Central Throne Room with its encircling Twenty-Four Thrones above the Time Room in the Heavenly Temple.